Later today I will be out of my office.

I will be heading to Tanzania briefly before travelling to Germany etc.

My posts will be affected by the "quake" of moving around. Whenever I get an opportunity I will visit your blogs and I will share with you whatever I will encounter on the way.
Posted by chib at 29.5.09 6 comments: Links to this post 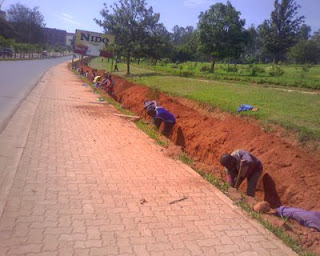 There is a swahili saying.... "Mtaji wa Masikini, ni nguvu zake mwenyewe".
That is what is seen in this photo. Men at work, using their natural energy to fight against poverty.
Posted by chib at 28.5.09 2 comments: Links to this post 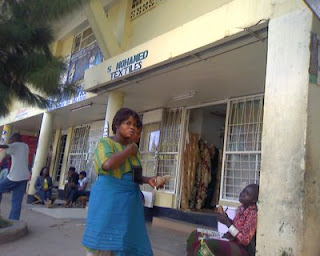 Income Challenges and Safety of Our Babies 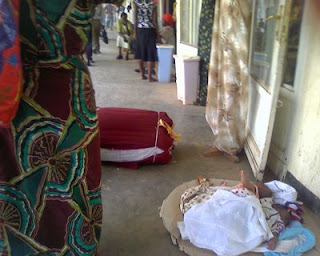 Last weekend I decided to visity a very busy petty business street, I was shocked to see two little babies of less than 2 months left unattended on what I cant even call a mattress which was laid down on the floor on one of the street verrandah between two shops. People had to negotiate their ways through crowdy pavements to avoid stepping on them. One baby was crying vigorously and eventually a mother appear from the crowd to attend her baby, she was carrying her trade on hand. Baby was hungry and was fed, the other mother appeared as well to check the other baby welbeing, also she had her trade on hand for sale.

There are city millitia who always chase away illegal businessmen and women, and always they run uphazardly.

My major concern was safety for the babies there. I have a wish to help, but I do not know how...

Click the picture to see the two innocent angels clearly.
Posted by chib at 26.5.09 6 comments: Links to this post 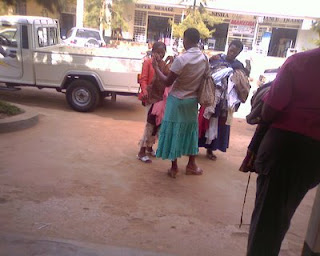 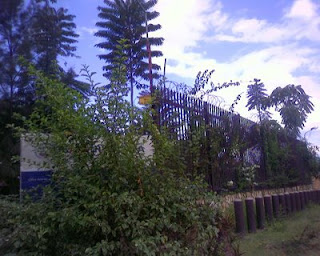 This photo was taken 2 days ago in front of the "abandoned" USAID office in Kigali, Rwanda. The office sign board is covered with shrubs, you can hardly see what is written. The main gate is adjacent to the shrubs on the left side which cannot be seen from this photo.

If you are looking for this abandoned office, just take a walk rather than a car or motorcycle, as you can easily pass by without noticing it.
Click the photo to see more details. 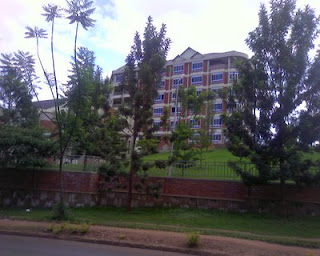 This is a well kept Kigali Institute of Sc & tec. which is opposite the abandoned USAID office, it can help as a land mark if at all you are looking for the said abandoned compound.
Posted by chib at 24.5.09 1 comment: Links to this post 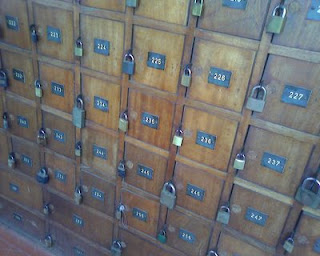 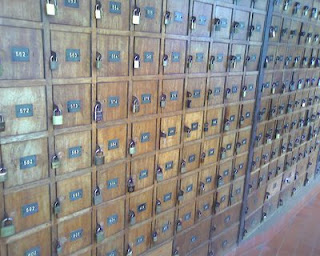 What is a meaning of NO PARKING 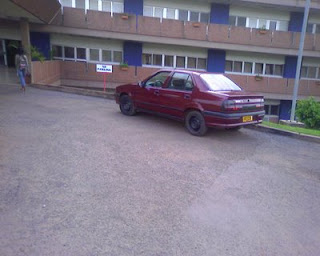 This photograph was taken at the entrance of reception of a busy tertiary hospital.
Click the picture to see the details
Posted by chib at 22.5.09 4 comments: Links to this post 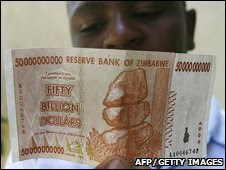 At the end of January this year, and few days after Zimbabwe introduction of a 100 trillion Zim $ note, Zimbabwe authority decided to add foreign hard currency (USD and South African Rand) to be used officially. The problem came after many companies and shops refused to use Zim $, worse was when even the street vendors refused to accept Zim $ because of its liquidity. Read Here as well.
Now there is much more crisis to the banking sector, banks lobbies are empty, as people come to withdraw money once in a month (when they are assured their salaries have been credited) to avoid transaction charges from foreign currencies which are higher, while in the past long queues were normal phenomenon. Some companies have decided to use cash terms rather than cheque system, which make Banks to have no work, no income.
Some of the banks had to give leave without pay for some of their staffs, other half paid etc.
Some Banks are much more worried now especially after they were "ordered" to centralise their foreign accounts through a special reserve account which is under control of Central Bank, it is said some of the money have been used by the order of Governor of the Central Bank without account holders consent or knowledge, and some of the money has not been returned to the respective accounts.
Zimbabwe currency is unlikely to return to the market in Zimbabwe for at least a year according to government statement.
Posted by chib at 20.5.09 4 comments: Links to this post 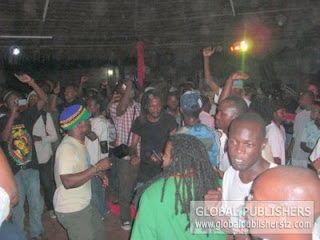 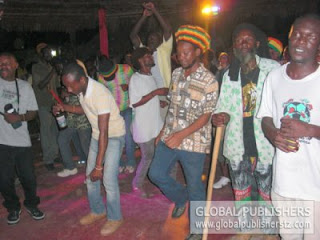 A night of 15th May, Tanzanian Rastafarians met to remeber the king of Reggae Bob Marley.
Posted by chib at 18.5.09 7 comments: Links to this post 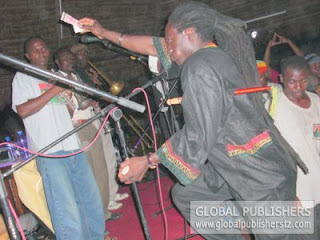 Importance of "Sleep": For Men's Attention

Normal sleep of about 7 – 8 hours a day is healthy.
It stabilizes your waking brain, makes you more alert, and allows you to process information faster

Centers for Disease Control and Prevention Survey done in United States revealed that average nightly sleep time during the workweek is down nearly 20 minutes in the last decade, to six hours and 40 minutes. And men ages 30 to 44 are the worst offenders: Thirty percent of them say they log less than six hours of sleep at night. (For me, I think this is almost everywhere in the world)

Cheating on sleep, you're limping through life with the cranial equivalent of a torn calf muscle. Scarier still, people who are sleep-deprived often don't even know they've turned into zombies
Accumulating a sleep deficit also leads to "microsleeps" while you're awake. "Your brain becomes unstable and will go 'off-line' for half a second. The more sleep-deprived you are, the more frequent and longer the lapses.

That first stumble to the bathroom in the dark can be chalked up to the beer you drank. The second one can spell trouble. "If you habitually take two or more bathroom trips a night, you probably have obstructive sleep apnea, where the soft tissue at the back of your throat blocks your upper airway during sleep(Sometimes make you snoring if not roaring at night), stopping your breathing for anywhere from 10 seconds to a minute or even longer. This can occur hundreds of times in a night, depriving you of restorative deep sleep and starving your vital organs of oxygen. No wonder sleep apnea has been linked to heart disease, hypertension, and mood disorders.

But why does it wake you up to pee?
Because those mini-suffocations result in lower circulating oxygen levels, your heart pumps harder, raising your blood pressure. As excess fluid builds up in your veins, a feedback loop triggers the release of a pressure-relieving diuretic, making you need to pee.
An enlarged prostate and high blood sugar can also prompt middle-of-the-night bowl breaks.
But with those conditions, you'll pee a lot day and night.

A post lunch crash is a telltale sign of poor nighttime sleep, as is dozing in meetings, theater performances, or similar environments. But again watch if you take too much carbohydrate in the morning you may end up with.
Posted by chib at 12.5.09 2 comments: Links to this post 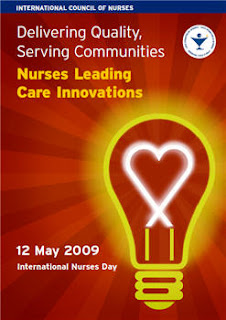 International Nurses Day is celebrated around the world every May 12, the anniversary of Florence Nightingale's birth. The International Council of Nurses commemorates this important day each year with the production and distribution of the International Nurses' Day (IND) Kit which contains educational and public information materials, for use by nurses everywhere.
Africa is still very far as far as nursing care is concerned in terms of number of nurses in relation to the workload, difficult working and living conditions as well as low salaries.
It is time the focus in African perspective to change and sort out these deficiencies.
Posted by chib at 12.5.09 No comments: Links to this post 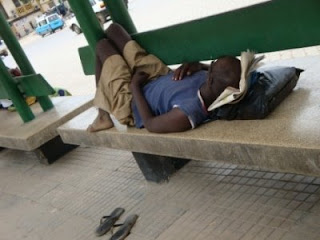 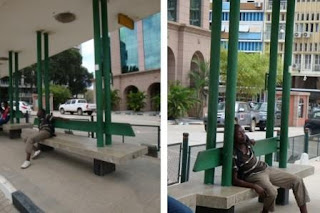 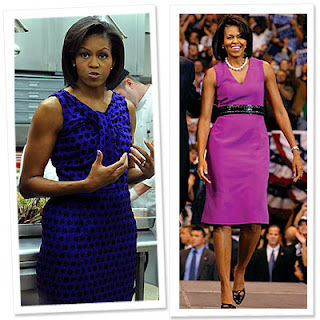 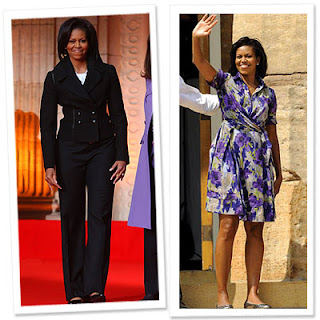 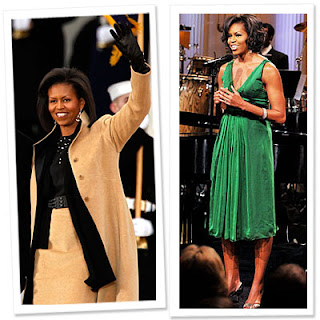 To get a Baby from a Dead Male Partner

Gissela Marrero at the centre in black. Last month she was given a grant by a New York court to harvest sperms from her fiance who died due heart disease. She had one child with her fiance, and they were planning to have the second. But infortunately he died before they succeeded.

The family of her fiance gave her a full support on this matter, and decision to gave her rights of harvest was concluded just 4 hours before the recomended time for viable harvesting which was stated to be 72 hours after death. Clich here to read more.

But, the sad news came later, it was said that the amount of harvested semen was not sufficient for artificial insemination, therefore she cannot have the second child from her dead fiance.

In 2005, there was a similar case by which a woman in Australia won a 7 year court battle allowing her to use her dead husband's sperm in order to get pregnant. He was killed in a car crash and she originally won a court order to extract his sperm the day after he was killed.

The question rose at that time was it ethical? Is it right to take sperm from a dead man without his consent? 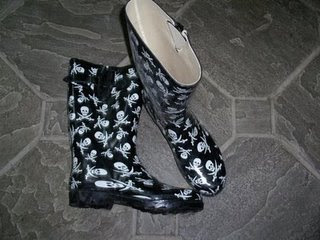 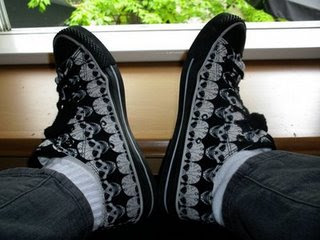 I came accross these amazing shoes on http://octoberfarm.blogspot.com
Visit this site to meet amazing people and characters!
Posted by chib at 7.5.09 6 comments: Links to this post 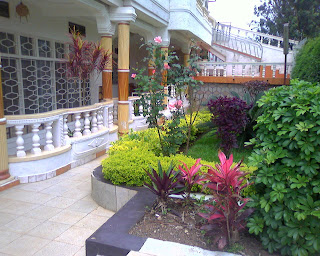 Hi guys, that is where I live here in Kigali Rwanda.
I spend most of my time in office, but I enjoy to be at home on weekends.

In Rwanda is different, it simply involves around 5 cars, and there are no unnecessary road blocks like that one done in Bongo where you can be blocked for more than 30 minutes.

Last Sunday while I was enjoying the walk on the beautiful sun, I met the presidential motorcade at a speed of around 40km/hr, to my surprise I saw the president himself behind the wheel! (Self-driving). This justifies how safe Rwanda is by now.

I will be glad to see Kibaki, Museveni and JK doing the same.
Posted by chib at 6.5.09 2 comments: Links to this post 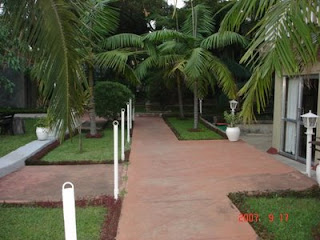 Dubai court ruling convicting a woman of killing her unborn baby in a car crash is the first of its kind in the United Arab Emirates, a judge says.

The 27-year-old pregnant Lebanese woman Sunday was found guilty of causing the death of the child last year by driving recklessly and initiating a car crash that severed the fetus's umbilical cord only days before she was scheduled to deliver the child via Caesarean section.
Read more
Posted by chib at 5.5.09 1 comment: Links to this post 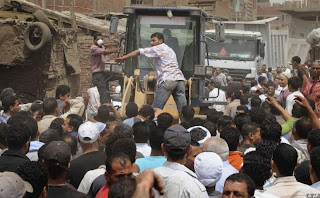 Chaos in Egypt from pig breeders
Posted by chib at 4.5.09 No comments: Links to this post 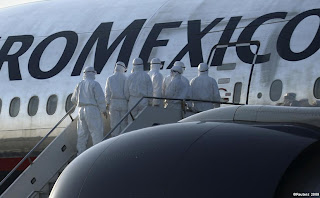 Chinese, "well protected" going to inspect an aircraft from Mexico
Posted by chib at 4.5.09 No comments: Links to this post 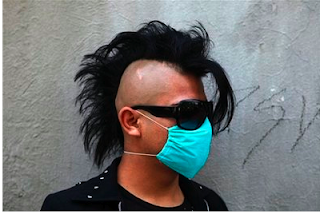 MEXICO
Official reports says that the situation is easing as incidences are going down, but schools are still closed.

CHINA
For those with any type of flu especially if you arrive from Mexico, you are guaranteed an Intense quarantine in special hotels, If you carry a Mexican passport you are likely to be quarantined whether you are coming from Mexico or not.

EGYPT
Egyptian government has ordered massive pigs culling which are about 300,000, the whole exercise is expected to be over after 1 month. They met a stiff resistance from pig breeders. The breeders argue logically that it is impossible for pigs to come from Mexico to Egypt to infect their pigs, and it will be crazy an infected person to go to the pig to infect them. After all there is no any case of pig or human being has been reported in Egypt

WHO
Warns that strong measures have to be in place, easing of incidence cannot be taken into grant that the saga has just ended. And slaughtering of pigs will not change the current situation.
Posted by chib at 4.5.09 No comments: Links to this post 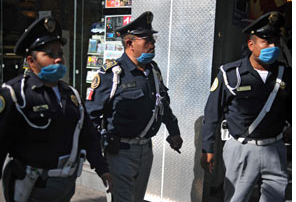 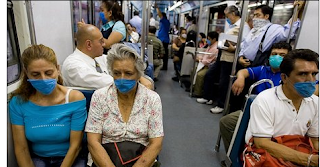