This is Beyond Reality!!

These refugees from Burundi also nicknamed as babies factory … are allocated in one of refugees camps in Tanzania.

The camp was able to take care of 60,000 refugees being on the maximum side, and that was a population in the camp a couple of months ago.

Now … it is very interesting or astonishing information depends on where you look at…
The statistics have shown that every month, there are 200 newborns! Just from that population of 60,000 which includes men, women and children.

If you do analytical studies, you will realise that their birth rate is 40,000 per million population per year which is the highest if you consider focal statistics. In another way, this population of refugees in one camp has a population growth of 4% every year.


I am afraid to say, it may be possible for one woman to have two newborns in one year if the first is born in January, we may see another come in December!!!!! 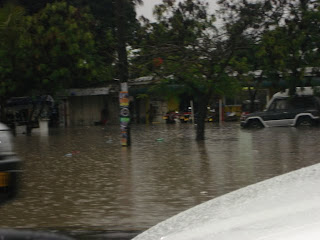 When it rains in Dar, many roads turns to be temporary rivers and streams....
This has been there for many years, and yet NOTHING has been done to solve this problem...
Labda wahusika wanaona mito ikijitokeza barabarani ni neema, wanafikiri watapata samaki barabarani.
Is it so natural, that city fathers and mothers enjoys .....
Have a nice wednesday pals, get your "blind" leaders into powers, and enjoy all sorts of disappointments..... What should I say now..... you are blind too...
Cheers
Posted by chib at 28.4.10 10 comments: 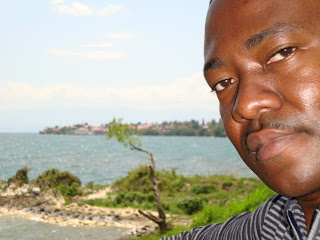 I just want to wish you not only a late sunday wishes but also a lovely one.
Natumaini mtaianza jumatatu kwa nguvu na matumaini makubwa.
Cheers
Posted by chib at 25.4.10 4 comments: 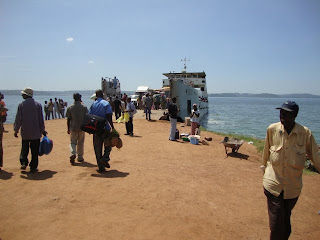 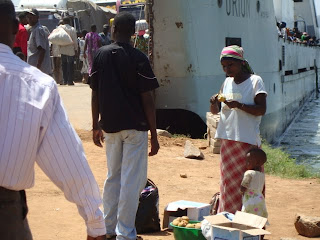 Business as usual, everywhere n all walks of life.
Mama akiuza matunda huku akiwa na mtoto wake, the baby is clever, she knows where the shadow is...... 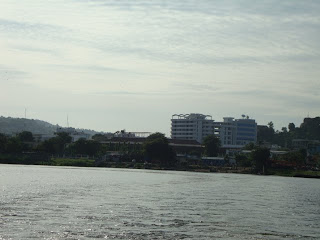 Mwanza view from the Lake... 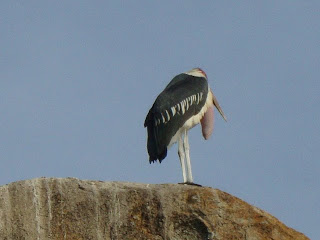 Famously nicknamed by many people as The city cleaner 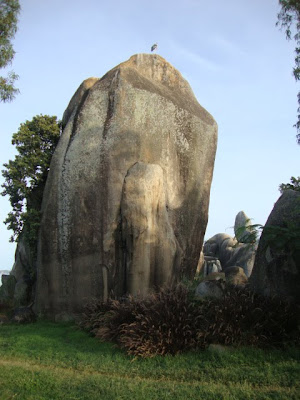 Just before crossing the Lake Victoria 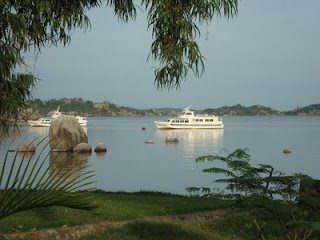 Another side of the lake 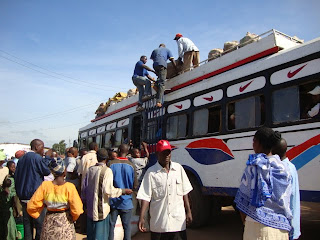 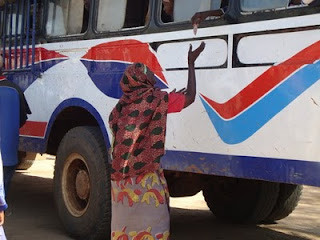 Beggars are every where 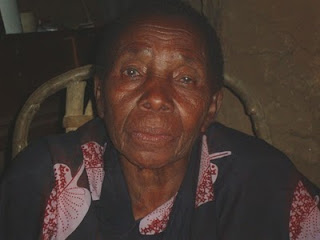 At Last... I met my auntie (photo above), now in her 80s, ndio ana zaidi ya miaka 80 kwa sasa.
No grey hair, and still with her sight, however now a bit reduced
Was the happiest moment for all of us. The last time I saw her was 17 years ago!!!! 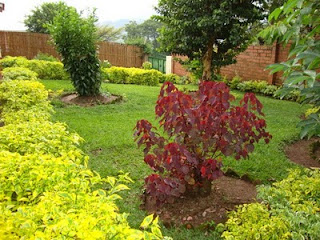 As I sat at this corner of my front garden, it made me laugh when I recall how bitter I was when I arrived from work and found my gardener had "shaved" my trees in the process of prunning.

Just see below what he did 6 months ago. 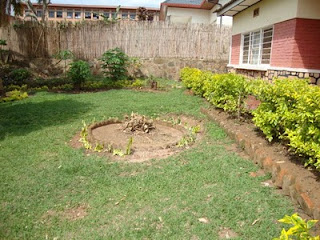 I just want to wish you a lovely Sunday. And take it easy at the difficult times, shading out bad memories will make a way to new and fresh memories.
I have learnt something out of this garden! 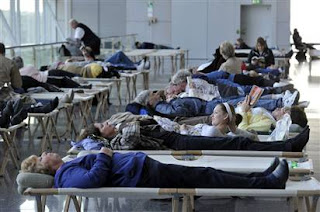 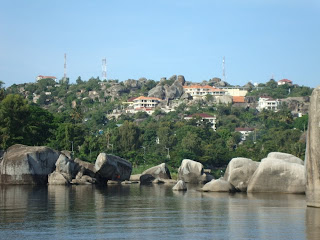 That is why they call Mwanza the Rock City 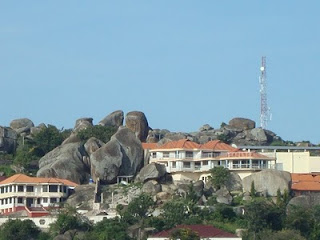 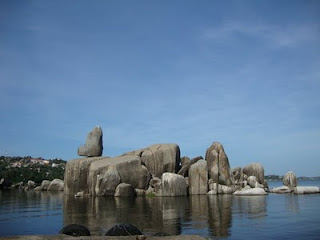 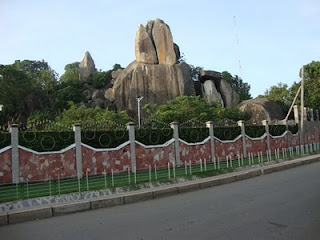 This area is near the Mwanza harbour and Kamanga ferry, soon I will start my journey across the Lake Victoria or Ziwa Nyanza, of course by photos. 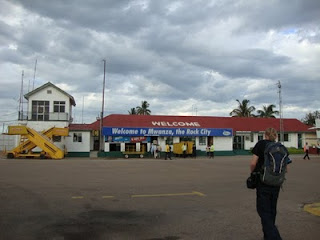 Arrival at Mwanza airport after 7 years since I step my last foot here and 24 years since I move away from Mwanza, I felt a tricle of joy dropping inside my body! It was the greatest moment for me!

You will come to know why they call it the Rocky City! Just follow me! 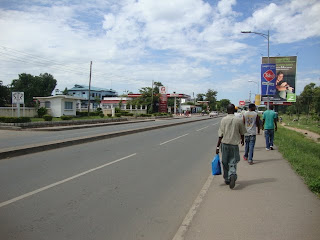 Makongoro Road, connect the city center and airport. Single road, no corners... you are at the heart of the rockky city. 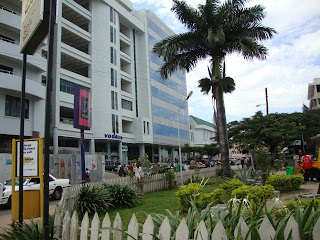 Kenyatta road, paves way to Shinyanga. This is a part of city center. 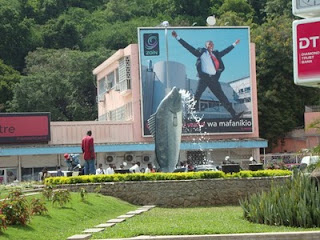 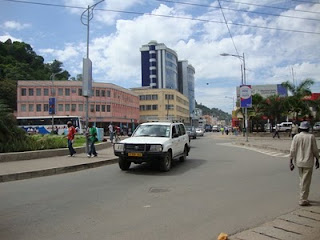 I recall this round about, when I used to go to the railway station on my way to Mzumbe secondary school far far ...away by train. 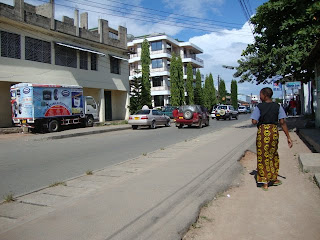 Uhuru road, my famous street where I grew up, and my regular path when I was going to my village huko visiwani 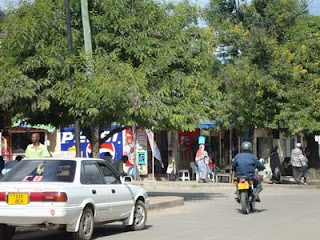 This is the house along Uhuru street where I first live in Mwanza at the age of 4 years, I spent several years here, before moving away to Kirumba. Now it is a mini-shopping center 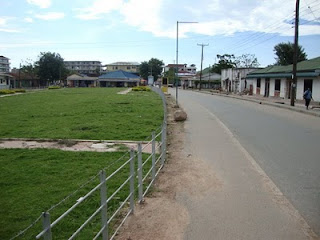 I am Ready for Political Arena 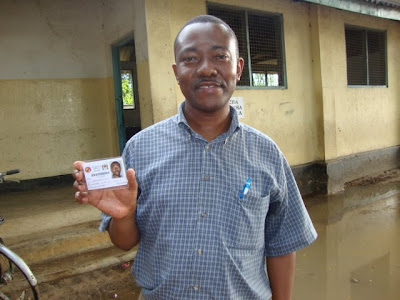 I just wanted to wish you a happy Easter and receive all the blessings showered on this day.

Here and there in Dar-es-Salaam - Tanzania 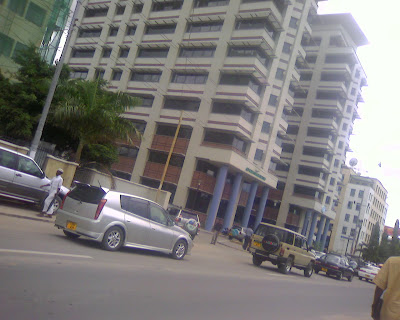 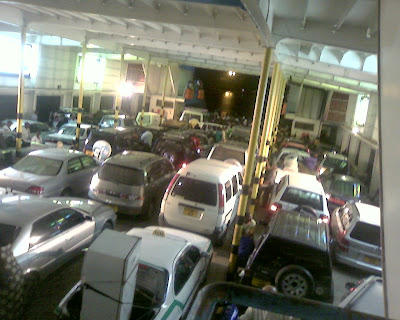 Across the Kigamboni Ferry, It is better than it was before. 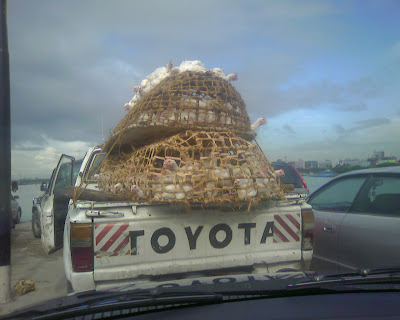